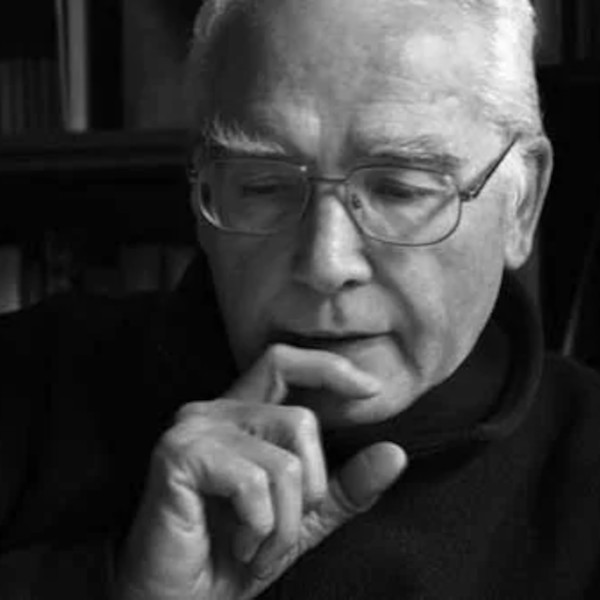 Giacomo Manzoni began his composition studies under the guidance of Gino Contilli and graduated in foreign languages and literature from Bocconi University.
Initially active as an orchestral instrumentalist and choirmaster, editor of the magazine “Il Diapason”, he was a music critic of “L’Unità”, a teacher of harmony and counterpoint and of composition.
He has held seminars and courses in Europe and around the world.
His vast compositional production includes plays, musical scenes , vocal compositions with orchestra, for choir and orchestra, for orchestra, for four orchestras.
He has also composed chamber music for string quartet, for two trumpets and two trombones, for ten instruments, and various other ensembles.
He was part of the editorial board first of the Dictionary and then of the Encyclopedia of music published by Ricordi and he edited for Einaudi the translation of the Philosophy of Modern Music and for Feltrinelli that of Adorno’s Dissonanze , for Il Saggiatore that of Schönberg ‘s Harmony Manual . He has collaborated with essays on ancient and modern authors and on various musical themes in Italian and foreign publications. A wide selection of his essays and articles has been published in the two volumes Written , at Nuova Italia, and Tradizione e utopia , at Feltrinelli.
For his didactic activity he was awarded the “Homage to M. Mila” prize in 1991.
He is an Academician of Santa Cecilia.