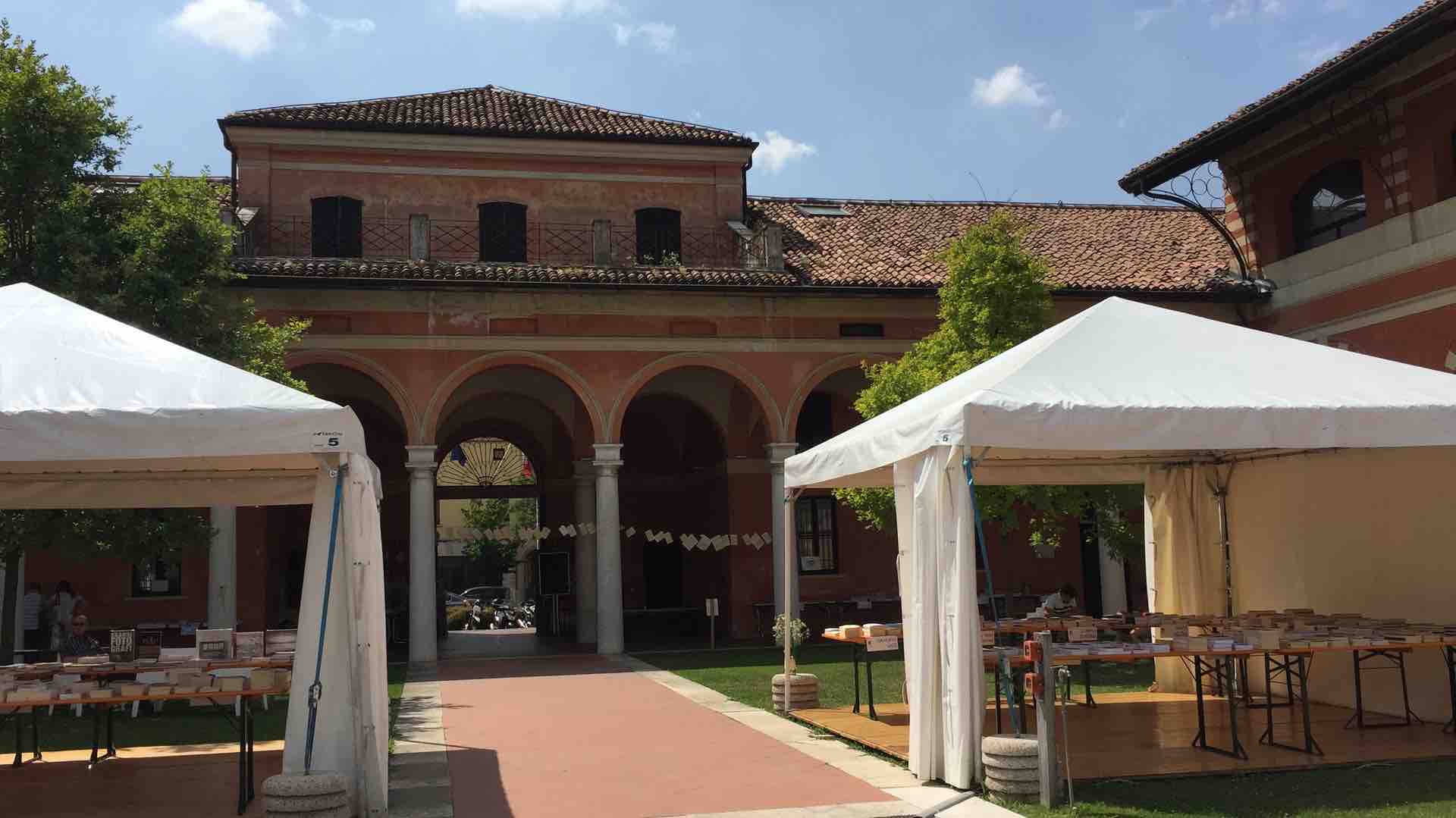 The building currently home to the Gino Baratta Library, was originally home to the Hospice of Sant’Antonio and subsequently, from 1872, to the municipal slaughterhouse, a large architectural complex designed and built by the Brescia architect Giovanni Cherubini.

The ancient Hospice of Sant’Antonio, built towards the end of the 14th century by the will of the captain of Mantua Guido Gonzaga, is due to the common religious feeling that united civil and religious authorities, in the commitment to provide hospitality to the needy and shelter to pilgrims. After the long and complex restoration work carried out by the architect Adolfo Poltronieri, between the 80s and the end of the 90s, only the main courtyard remains of the original structure characterized by the two access bodies with a round arched portico , and the two side full bodies, once used as a stable for cattle and pigs.

The original drawings by Cherubini from 1872 are kept in the Municipal Historical Archive. The Gino Baratta Library Mediateca, opened to the public on December 19, 1998, proposed itself to the city as a location for innovative information services and as a location for documentary collections on the most diverse types of media related to contemporary disciplines.