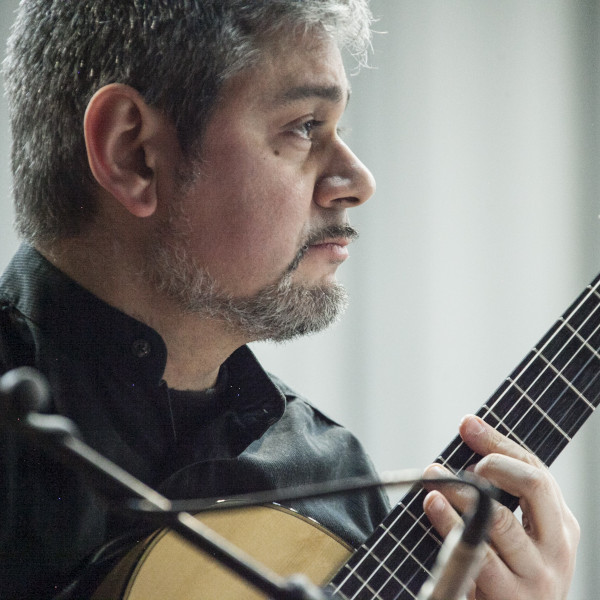 Considered as one of the most important guitarists of his generation, Luigi Attademo began his artistic career by graduating third at the 1995 Geneva Competition.

He has recorded over ten CDs, including monographs dedicated to Domenico Scarlatti’s Sonatas, JS Bach, Niccolò Paganini’s works for solo guitar (Brilliant 2013), Fernando Sor’s masterpieces (Amadeus 2014).
As a musicologist, in October 2002 he took care of the cataloging of Segovian manuscripts, finding unknown works by important authors of the twentieth century, then recorded on a CD for the magazine Seicorde.

He dedicates most of his activity to chamber music and original projects, including the creation of El Cimarron by HW Henze and the work of Alessandro Solbiati, Concerto for guitar and fifteen instruments, dedicated to him.

In 2017 he curated an exhibition dedicated to the great luthier Antonio de Torres for the Museo del Violino of Cremona and in 2018 he published the CD “A Spanish portrait” for Brilliant playing on an original Torres instrument.
In 2020 his latest record dedicated to the Sonatas of Domenico Scarlatti, for the Da Vinci Classics.

He teaches guitar at the B. Maderna Conservatory of Cesena and the Fiesole Music School.