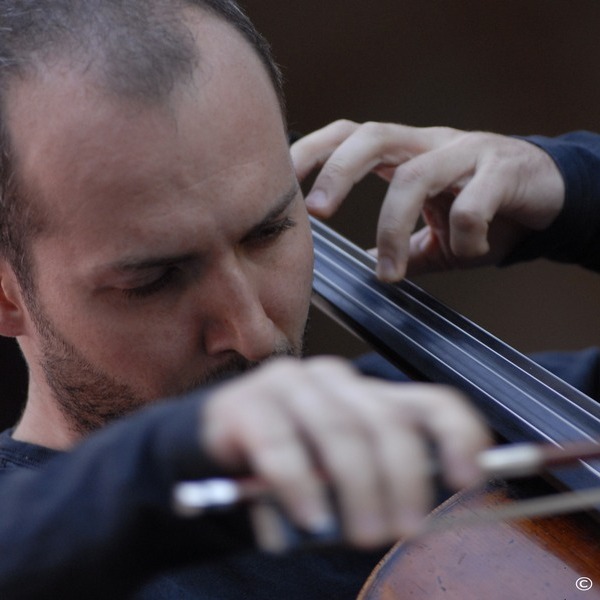 Giacomo Grava studied at the Mozarteum in Salzburg with Enrico Bronzi. He perfected himself with the Altenberg Trio Wien and Mario Brunello. He collaborates with the Teatro del Maggio Musicale Fiorentino, the Municipal Theater of Bologna, the Chamber Orchestra of Mantua, and as first cello with the Teatro Massimo of Palermo, the Sicilian Symphony Orchestra, the Teatro Regio di Parma.
He was part of the Mozart Orchestra founded and directed by Claudio Abbado, and has worked with conductors such as Zubin Mehta, Lorin Maazel, Riccardo Muti, Daniele Gatti. Giacomo Grava is cellist of the Lunaire Piano Trio with whom he has played throughout Europe, and in the chamber sector he has worked with artists such as Bruno Canino, Danusha Waskiewicz, Ivan Rabaglia, Enrico Bronzi, Laura Marzadori, Maria Grazia Bellocchio.
After having taught cello at the Conservatories of Gallarate, Cuneo, Vibo Valentia, he is currently a teacher at the Higher Institute of Musical Studies in Reggio Emilia.