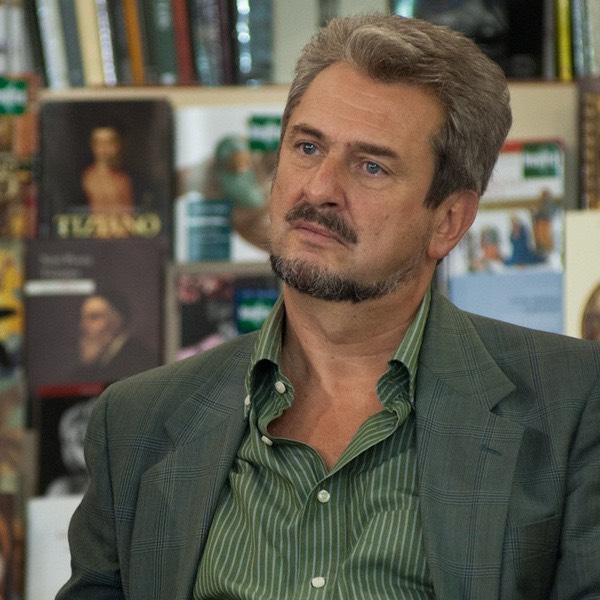 Alessandro Solbiati, a pupil of Franco Donatoni and Sandro Gorli, graduated in composition and piano at the Milan Conservatory. Winner of various national and international competitions in the early 1980s, it has been performed in major European festivals for more than twenty years. There are many monographic recordings on CD and DVD, with various Italian and European companies. In the field of theater he made his debut with “Il carro ei canti”, from Puŝkin, (Trieste -Teatro Verdi, April 2009), and continues with “Leggenda”, by Dostoevskij, commissioned by the Teatro Regio di Torino, staged in September 2011 (direction by Gianandrea Noseda, directed by Stefano Poda). A third opera Il suono giallo, from Kandinskij, staged at the Teatro Comunale di Bologna in 2015 under the direction of Marco Angius, wins the Abbiati Prize of music criticism as the best first performance in Italy in 2015. Since 2013 he has been carrying out a series of broadcasts for Radiotre entitled “Lezioni di musica”. He has been teaching composition since 1982 (first at the Bologna Conservatory and since 1995 at the Milan Conservatory). He publishes for the Suvini Zerboni Publishing House in Milan.