The Mantua Chamber Music Orchestra was founded in 1981 by a group of young musicians who chose to use all their enthusiasm to make music together and to later share it with the others.
The perseverance with which the first members immediately engaged in what then seemed like a bet, soon managed to attract some particular attention: excellence, assiduous care for the sound and outstanding sensitivity to stylistic issues led, in those years, to the enthusiasm both of public and critics who went to the first concerts. Right from the start, a particular affinity between us and the city cultural fabric grew to find its most natural outcome in the choice of making the Bibiena Scientific Theater ‘our home’, being Mantua’s acoustics and architecture jewel and, for that, well- known all over the world.
Our first ten years followed one another frenetically, characterized by prestigious collaborations with soloists and conductors. Wanting to gather the curiosity for musical research with the noblest commitment to divulgation, following the first important ministerial recognition, in 1993, the Orchestra gave life to “Tempo d’Orchestra”.

The following decade saw not only the development of the orchestra national and international activity, but also the growth of a dense network with various concert companies as well as festivals and important institutional partners. However, the all-Italian vocation for a bet that we carefully continue to pursue, improving our interpretative practice as well as making unique choices for the repertoire. In 1997, at the peak of this research, the unanimous award by Italian Music Critics, the ‘Franco Abbiati’ Award, in recognition of our commitment to re-proposing “an encounter between the high executive Italian instrumental tradition and the classical repertoire ». An encounter that, not surprisingly, took shape in the following years through a series of great thematic projects dedicated to the best repertoire of the European Classical music, through the performances of renowned soloists and conductors, receiving the acclaim of the most prestigious Italian concert circuit. Under the direction of Umberto Benedetti Michelangeli, the “Beethoven Project” was born, with the aim to undertake an innovative reading on the symphonic work of the genius of Bonn from the chamber music point of view, even drawing inspiration from the most recent historical-critical acquisitions. The following year saw the CMO committed,

Alongside Alexander Lonquich, in the integral performance of Mozart’s Piano Concerts which thus anticipates the realization of the complete Mozart’s sacred production, once again under the direction of Maestro Michelangeli, to finally reach the three-year project “Haydn, the European man who loved Italy”, on the occasion of the bicentenary of the death of the great composer of Rohrau.

However, research and continuous divulgation have found their best fulfillment in the numerous television and radio recordings that OCM has made for institutions, such as RAI, Bayerische Rundfunk, ORF or RSTI, over the years.

As important, it is our most important bet started in 2013: first year of “Trame Sonore” festival, a multi-sided experimentation of musical divulgation, unique in its kind, capable of gathering people and artists from all over the world to the main historical places of our city. The latest chapter in our history is Oficina OCM, created in 2018 as a music production center with a strong educative vocation, able to welcome, synthesize and relaunch the whole heritage of the various activities of the Mantua Chamber Music Orchestra, now more than thirty years old, with the goal of protecting, spread and promoting a musical legacy as precious as it is fragile, together with the skills and values that revolve round this. 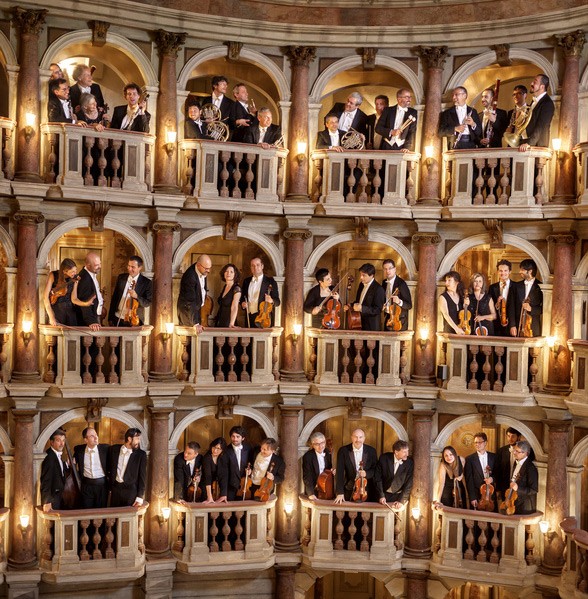