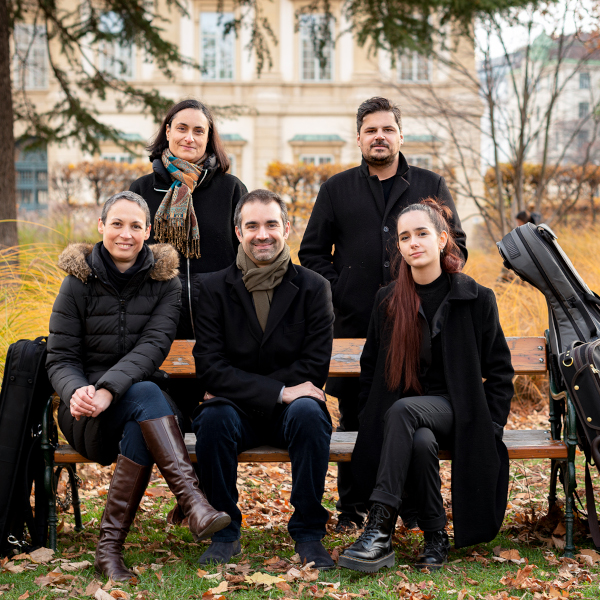 Born from the meeting of top-level instrumentalists operating in Vienna, the Wiener Kammersymphonie is a string quintet that conceptually expresses an orchestral identity both in style and repertoire.
The ensemble measures itself against a very vast repertoire, ranging from Wiener Klassik to contemporaries, often referring to composers unjustly forgotten or neglected.
Open to any kind of fusion with other artistic expressions, the ensemble has also created crossover projects as part of the “Umbria music fest”, blending pure Viennese classicism with the suggestions of hip-hop dance.
It has been invited to participate in numerous international festivals, among others the Ravello Festival, Alba Musicfestival and Side Musicfest (Turkey).
It made a very successful tour in South America with stops in Brazil, Argentina and Colombia and later in Peru ‘and Panama.
In 2014 it performed Beethoven’s Fifth Symphony for string quintet in a historical nineteenth-century version in Madrid at the prestigious March Foundation. Concerts followed in England, Poland and Denmark.