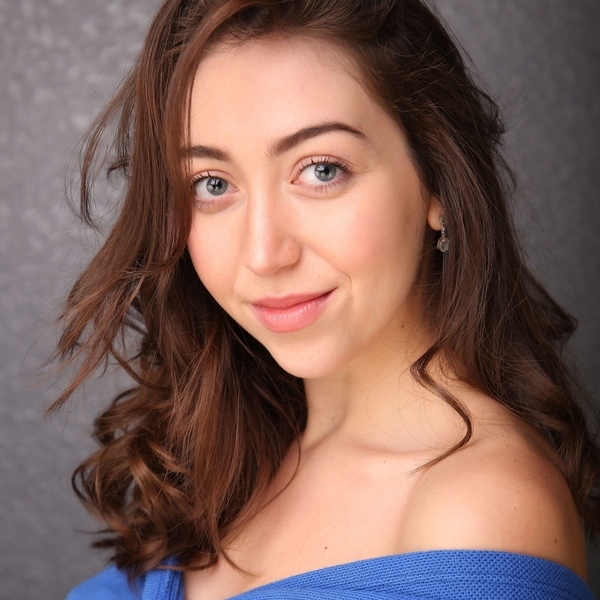 Valeria Perboni is an Italian singer and actress, now established in London after obtaining a Masters in Musical Theater from the Royal Academy of Music in London for which she received an Award for Outstanding Performance.
Since 2018 she has played roles including Susan in the musical Sweet Smell of Success, Maria in West Side Story at the Barbican Center; she gave voice to the short film VOICE from the NFTS and Channel 4, and with the vocal group Joe Public won the Audience Award at the International a cappella singing competition in Moscow. She has sung for recording studios such as Abbey Road and the BBC studios in Maida Vale, and is currently part of the internationally acclaimed choirs, Crouch End Festival Chorus and the London Symphony Chorus (conducted by Sir Simon Rattle). Valeria recently recorded a new role in the cast album of a new musical that will be staged as soon as theaters can safely reopen.
Before moving to London, Valeria studied at the Conservatory of Mantua Maestro Collaboratore, with the Masters Stefano Giavazzi, Gabriele Monici and Lucia Mazzaria. The thesis with which she graduated, ‘Brotherhood in the theater’, obtained the third prize of the Mozzarelli Prize, a thesis competition in Lombardy. A chapter of the thesis was subsequently published in the essay on Lucio Campiani published by the Italian Music Library in 2020.
Valeria also studied acting at the Gypsy musical Academy in Turin, and was part of the Off-Broadway Company musical company for 4 years, before moving to London, where she worked with artists such as Francesco Antimiani, Andrea Manganotto and Federica Restani.