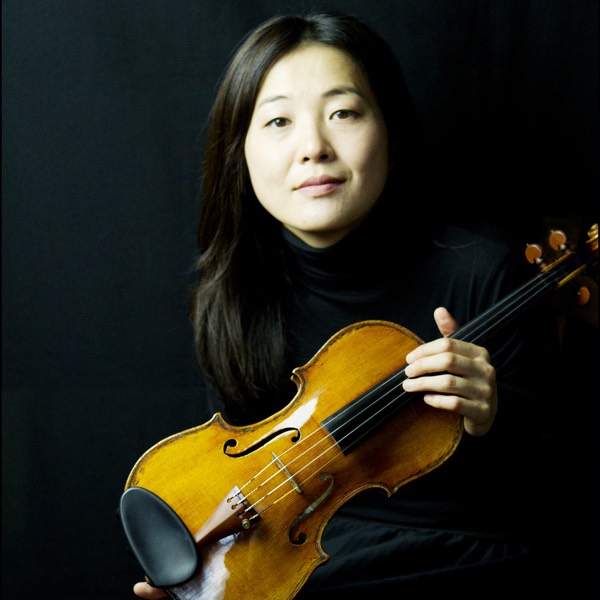 Sono Tokuda was born in Tokyo and then grew up between Germany and Japan.
She began playing the violin at the age of four following the Suzuki method in Munich. She studied at the University of the Arts in Berlin with Koji Toyoda, at the University of Music in Freiburg with Rainer Kussmaul and subsequently obtained the Konzertexamen with the Kolja Blacher at the University of Music and Performing Arts in Hamburg.
She received a state scholarship from the Japanese Ministry of Culture and was awarded the “European Kulturpreis” from the “Pro Europa” cultural foundation. She was also a fellow of the Villa Musica Cultural Foundation and of the State Collection of String Instrument Baden-Württemberg.
At the age of 14 she performed for the first time as a soloist at the Berlin Philharmonic.
She gained her first orchestral experiences as an academician in the Bavarian Symphony Orchestra in Munich. Since 2006 she has been a member of the NDR Elbphilharmonie Orchestra. She is also a frequent guest of the Chamber Orchestra of Europe, the Lucerne Festival Orchestra and the Mahler Chamber Orchestra.
After attending a Baroque masterclass held by Enrico Onofri in 2011, she began playing as a guest in several Italian Baroque ensembles.
She teaches violin to the very young and serves as a mentor for the academics of the NDR Elbphilharmonie Orchestra.
She plays a Stefano Scarampella violin.