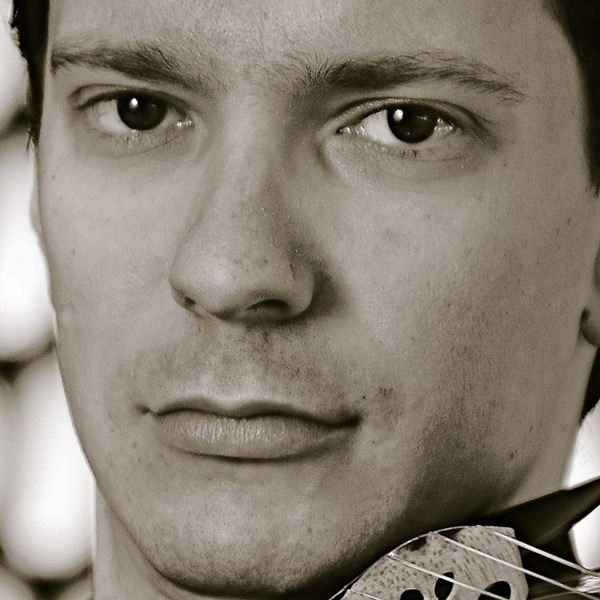 Simone Bernardini studied conducting in Paris and studied with Bernard Haitink in Lucerne. He was assistant to Sir Simon Rattle, Steven Sloane and Gustavo Dudamel.
He has conducted Berliner Philharmoniker, London Symphony Orchestra, Orchester Philharmonique du Luxembourg, Orchestra of the Teatro Massimo in Palermo.
He holds the position of first violin with the Orchester National de Lyon, the Juilliard Orchestra, the Berliner Philharmoniker, the Orchestra della Scala of Milan, the Rundfunk Sinfonieorchester of Berlin, the Orchestra of the Teatro La Fenice of Venice, the Orchester Philharmonique of Radio France, the Orchestra of the Maggio Musicale Fiorentino, the Symphonieorchester des Bayerischen Rundfunks.
As a soloist and chamber musician, he has performed in venues such as Carnegie Hall, Lincoln Center, Bargemusic Concerts in New York, Concertgebouw in Amsterdam, Auditorium RAI in Turin, Teatro alla Scala in Milan and Philharmonie in Berlin.
He has taught at the Eastern Music Festival (USA), at the Euroasia Festival in Seoul, at the European Academy of Music in Aix-en-Provence, at the Festival de Música de Santa Catarina in Brazil, at the Fiesole Music School Foundation and at ‘Musikene University of San Sebastian. He currently teaches at the Universität der Künste in Berlin and at the Kyoiku University of Osaka, at the Corpas and UniMúsica de Bogotá University, at the University of Oulu in Finland, at the Eastman School of Music in the USA, at the Fiesole School of Music Foundation. , to the Encuentros de las Amaericas in Mexico, Chile and California, to the Simón Bolivar Foundation in Venezuela.