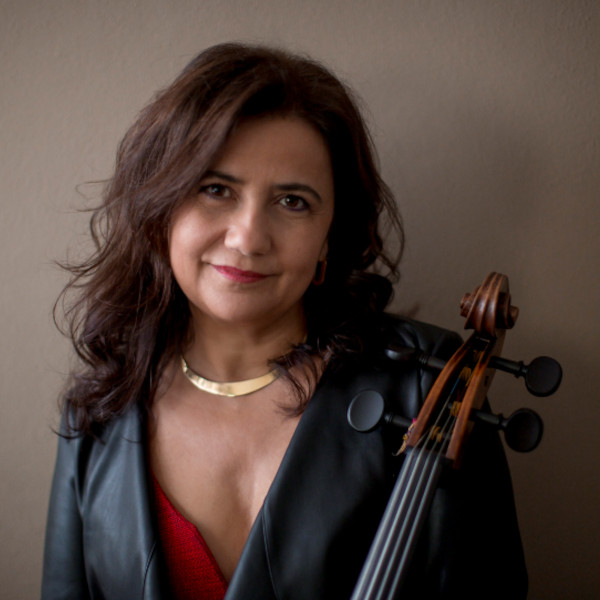 Interpreter full of personality, refined explorer of musical worlds, Silvia Chiesa has created the “Trilogy of the Italian Twentieth Century” which collects for the first time together the recordings of the concerts for cello and orchestra by Rota, Casella, Respighi, Pizzetti, Castelnuovo-Tedesco, Malipiero and Malipiero.
Passionate interpreter of the music of our time, she is dedicatee of songs by Azio Corghi and Matteo D’Amico, Gil Shohat, Nicola Campogrande, Aldo Clementi, Michele Dall’Ongaro, Peter Maxwell Davies, Giovanni Sollima, Gianluca Cascioli and Ivan Fedele.
As a soloist she has played with the Rai National Orchestra, the Maggio Musicale Fiorentino Orchestra, the Orchestra of Padua and Veneto, the Orchestra of Tuscany, the Royal Philharmonic Orchestra, the Soloists of St. Petersburg and others. She has collaborated with directors such as Luciano Acocella, Francesco Angelico, Marco Angius, Paolo Arrivabeni, Gürer Aykal, Umberto Benedetti Michelangeli, Giampaolo Bisanti, Roland Böer. She has also recorded live concerts for radio and television broadcasters such as Rai Radio3, Rai Sat, France Musique and France3.
She also performs regularly as a chamber musician and with the pianist Maurizio Baglini he has to his credit over two hundred and fifty concerts all over the world.
She is the only musician among the authors of the book From Women to the World edited by Elizabeth Filippouli which brings together the contributions of a global group of “inspiring women”.
She is resident artist of the Amiata Piano Festival and teacher at the “Monteverdi” Conservatory of Cremona.
She plays a Giovanni Grancino cello from 1697.