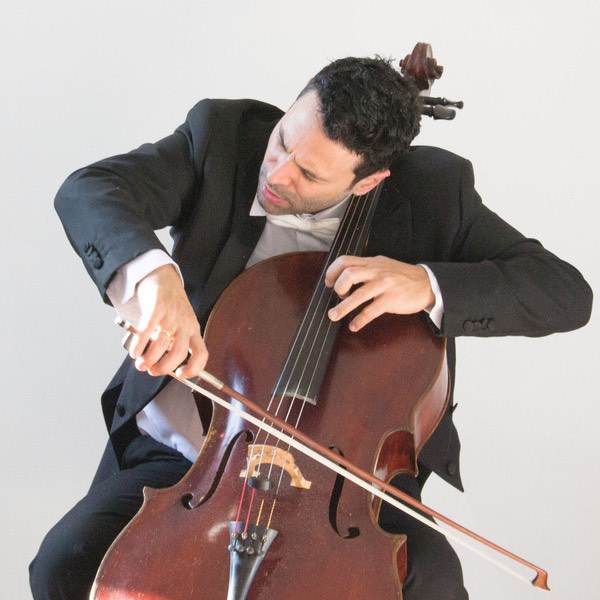 Born in Rome, he graduated in cello at the S. Cecilia Conservatory in Rome with full marks, honors and honorable mention.
Under the guidance of Maestro Strano, he specialized in cello at the Accademia di S. Cecilia in Rome with full marks and honors, receiving the prestigious Sinopoli prize under the patronage of the President of the Republic.
He studied with I. Monighetti in Basel and attended the masterclasses of E. Dindo, E. Bronzi, D. Geringas and G. Hoffman. He is the winner of numerous international competitions, among which the absolute first prize in the prestigious “Premio Trio di Trieste” competition stands out.
From October 2005 to May 2007 he held the role of first cello at the Teatro Massimo Bellini in Catania. He has collaborated as first cello with Orchestra di Roma e del Lazio, Orchestra Sinfonica della Cassa di Risparmio di Roma, Orchestra Regionale Toscana, Orchestra del Carlo Felice, Accademia di Santa Cecilia e l’ Orchestra Mozart.
Winner of the international chamber music prize “Trio di Trieste”, he has recorded for the Altara label, and Stradivarius.
Since 2011 he has been chosen by Zubin Metha as first cello in the Maggio Musicale Fiorentino Orchestra.