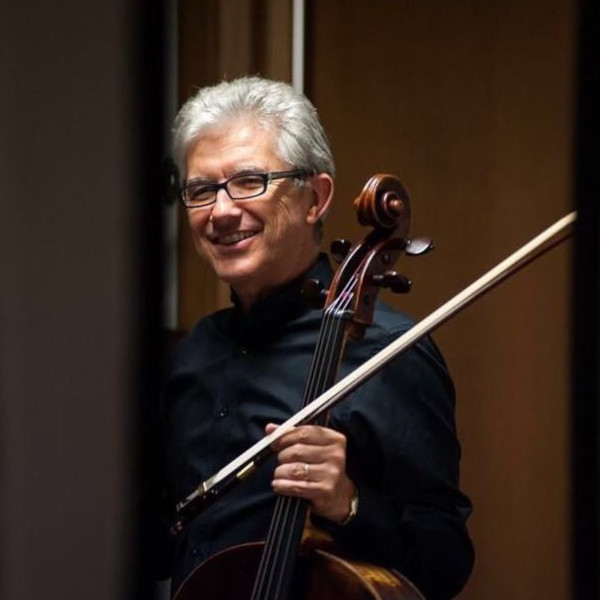 Paolo Perucchetti completed his musical studies in the Conservatories of Brescia and Reggio Emilia with the Masters Luscia and Perini. After winning in 1979 the national competition for the position of “First cello” at the Emilia Romagna symphony orchestra “A. Toscanini “(a position he occupied until 1982), he began an intense concert activity as a soloist and as first cello for important bodies and chamber groups. Since the early eighties he has been the first cello of the Mantua Chamber Orchestra and the Brescia Chamber Orchestra. He was also first cello for almost thirty years in the Brescia and Bergamo Festival Orchestra. With these ensembles he has performed concerts and tours in the largest theaters and major concert institutions in the world collaborating with great soloists such as M. Rostropovich, G. Kremer, M. Argerich, N. Magaloff, A. Lonquich, M Maisky etc.
He collaborated for several years with the La Scala Philharmonic Orchestra of Milan as a guest instrumentalist. Together with other friends of the Mantua Chamber Orchestra he founded the “QuartettOCMantova”.
As a chamber musician he plays steadily with different ensembles: from duo to trio with piano, from string quartet to quartet and piano quintet with important Italian instrumentalists.
Since 1980 he has been teaching at the “Luca Marenzio” Conservatory of Brescia, as holder of the chair of cello. His students have distinguished themselves in important international competitions.