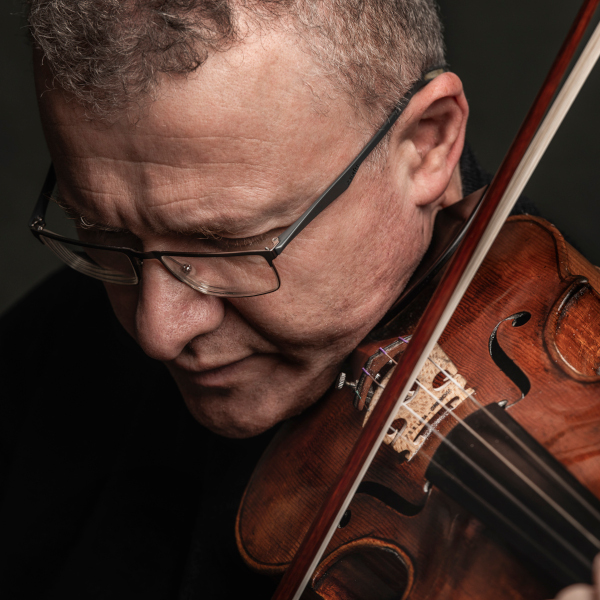 Paolo Ghidoni, from Mantua, graduated from the Conservatory of his city under the guidance of Maestro Ferruccio Sangiorgi.
He then studied with Franco Gulli, Trio di Trieste, Franco Claudio Ferrari, Salvatore Accardo, Corrado Romano and Ivri Gitlis.

He has won numerous prizes, including the “Vittorio Gui” prize in Florence in 1983 with the “Trio Matisse” with which he has performed concerts all over the world for more than twenty-five years.
For fifteen years he was first violin soloist and conductor of the “Virtuosi Italiani”, he collaborated in chamber ensembles with artists such as Dino Sciolla, Mario Brunello, Enrico Dindo, Giuliano Carmignola, Franco Maggio Ormezzoschi, Bruno Canino, Franco Petracchi, Hermann Baumann, Ifor James, Danilo Rossi.

He is first violin of the Quartetto dell’Accademia Virgiliana di Mantova and co-founder with the cellist Piero Bosna and the pianist Cristiano Burato of the “Trio di Mantova”; he collaborates as first part and soloist with various important realities including the Chamber Orchestra of Padua and Veneto. He has concerts and tours all over the world (Europe, United States, Australia, East) to his credit.
He has recorded for Bongiovanni, Hermitage and Amadeus.
He holds the chair of chamber music at the Mantua Conservatory of Music.