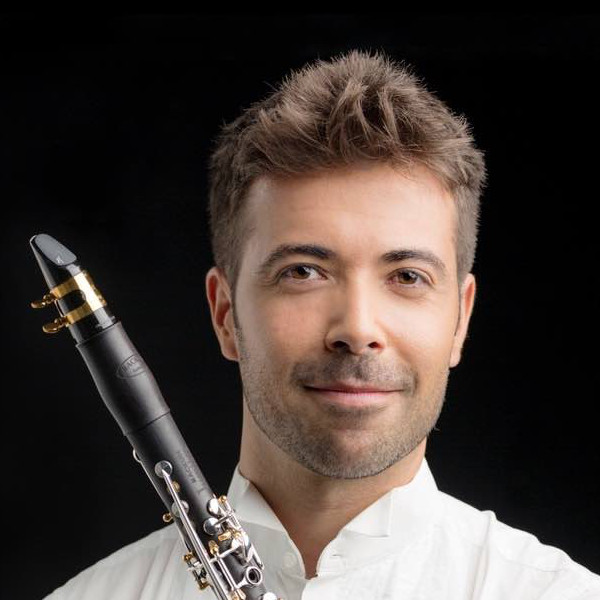 Pablo Barragan completed his chamber music training at the “Escuela Superior de Música Reina Sofía” in Madrid with Ralf Gothoni, before moving to the “Basel Musik-Akademie”, where he studied with F. Benda. As a member of the West-Eastern-Divan Orchestra, he has performed at the most prestigious festivals in the world.
As a soloist and chamber musician, his career has taken him from the Berlin Philharmony, to the Bayerischen Rundfunk, L’Auditori in Barcelona, the Zurich-Zurich Tonhalle.
He has collaborated as a soloist with the Sinfonieorchester di Basel, Hamburger Symphoniker, the Slovak Philharmonic with conductors such as Anja Bihlmaier, Christoph Poppen, Clemens Schuldt, Paolo Carignani, Gabriel Feltz, Adrian Prabava or Alexander Prior.
He has played with artists such as Martha Argerich, Andrei Ioniţă, Viviane Hagner, Noa Wildschudt, Kian Soltani, Elena Bashkirova, Tobias Feldmann, Alexey Stadler, Quatuor Modigliani, Marc Bouchkov, Frank Dupree in festivals such as the Lucerne Festival, Menuhin Festival Gstaad, Klosters Music , Eggenfelden Klassisch, Schleswig-Holstein Music Festival.
He is the winner of numerous international competitions: the Prix Credit Suisse Jeunes Solistes, the ARD Music Competition 2012, the Juventudes Musicales de España 2011 and the European Music Competition for Youth 2011 (EMCY).
He is a Backun and Légère Reeds artist, he holds masterclasses in his native country to promote young talents.
Since 2020 he has been a professor at the Barenboim-Said Academy.