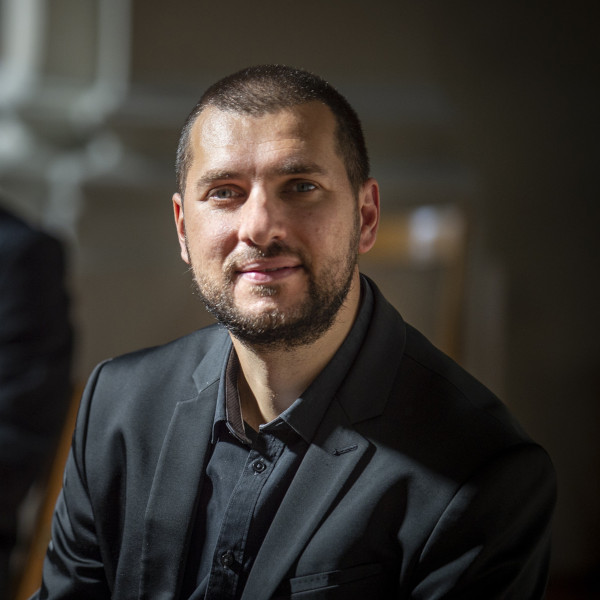 Nicola Lamon studied organ with Elsa Bolzonello Zoja, harpsichord with Sergio Vartolo and Marco Vincenzi at the “B. Marcello “of Venice. He also obtained a diploma in Gregorian Chant with full marks with Lanfranco Menga. He perfected himself with H. Davidsson, W. Porter, JL Gonzalez Uriol and at the Chigiana Academy of Siena with Cristophe Rousset, obtaining the diploma of He has obtained several awards in various national and international competitions: in organ the third prize in Borca di Cadore in 2001 and 2005, the first prize in Viterbo in 2003 and the third prize in Fano Adriano (TE) in 2006; in harpsichord the first prize in Fusignano (RA) in 2003 and the first prize in Pesaro in 2005. He follows and studies with particular interest the relationship between Gregorian chant, organ, liturgy, vocal music and continuo, holding the position of organist at the prestigious basilica of San Marco in Venice. He also works as an organist and continuist harpsichordist in various formations, collaborating as such in masterclasses and advanced courses. He has been a lecturer at the conservatories or “C. Pollini di Padova ”of keyboard practice and reading of the vocal repertoire. He currently works as a harpsichord accompanist at the conservatories Arrigo Pedrollo in Vicenza and Agostino Steffani in Castelfranco Veneto (TV). He is also involved in the monumental integral performance of the two books of JS Bach’s well-tempered harpsichord.