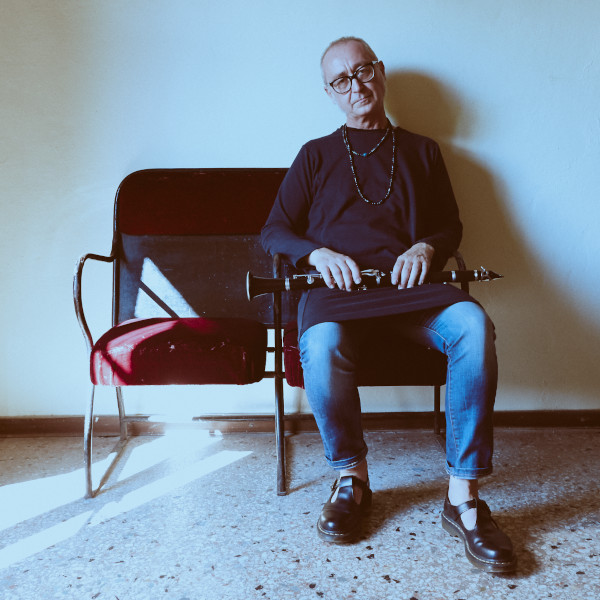 Mirco Ghirardini graduated in clarinet under the guidance of Gaspare Tirincanti.
He has collaborated and still collaborates with the Orchestra of the Teatro alla Scala in Milan, the Philharmonic Orchestra of the Scala, the Italian Instrumental Academy, Italian Strings, the Philharmonic Orchestra of the “A.Toscanini Foundation,” I Virtuosi Italiani “, Orchestra of the Regio Theater of Parma, Teatro dell ‘Opera di Roma, Gran Teatro La Fenice in Venice.
Very active in the field of contemporary music, he is a founding member of the Icarus Ensemble of Reggio Emilia with which he has participated in numerous festivals in Italy and abroad, performing numerous world premieres. He is also a member of the Milanese ensemble Sentieri selvaggi with which he is present in numerous reviews and festivals in Italy and abroad.
He plays in duo with Andrea Rebaudengo.
He is one of the founders of “l’Usignolo”, which deals with the recovery and re-proposal of the repertoires of the wind concert or dance music between the 19th and 20th centuries for wind only typically Emilian.
He has recorded for Bottega Discantica, RivoAlto, Sensible Records, Raitrade, Velut Luna, Centomilacancheri company of publishers and markers, Cantaloupe Music (NY), Michael Nyman Records London, Simple Lunch, Deutsch Grammophon, Limen. He has made radio recordings for Rai Radio 3, NHK Japan, BBC English and for the Argentine, Mexican and Dutch Radio.
He is clarinet teacher at the Lucio Campiani Conservatory in Mantua.