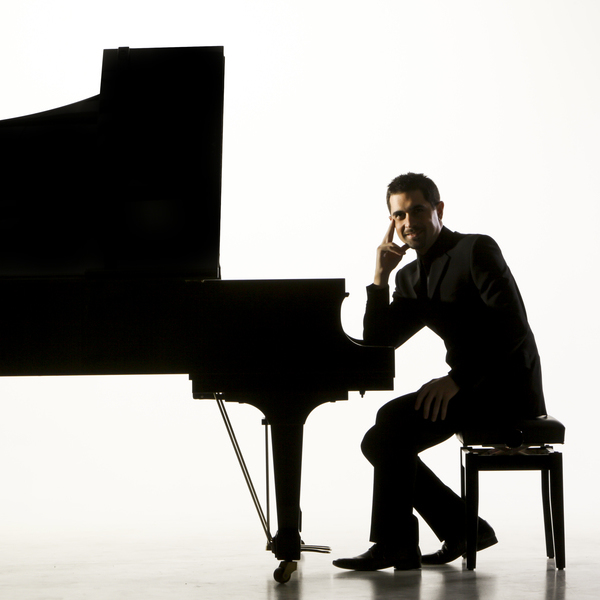 After graduating in piano and organ under the guidance of Sabrina Reale and Umberto Forni, he obtained a Master’s Degree in Piano con Edoardo Maria Strabbioli, and a Degree in Mechanical Engineering at the University of Modena.
He attended master classes with Pier Narciso Masi, Leslie Howard, Sylvie Gazeau, Lorenzo Ghielmi, Francesco Cera, Giancarlo Parodi, Guy Bovet and Ludger Lohmann.
He has won numerous prizes in international competitions and has performed as a soloist in halls such as the Verona Philharmonic Theater, the Salieri Theater in Legnago, the Gerolamo Theater in Milan, the Bibiena Theater in Mantua, the Palazzo della Granguardia in Verona, S. Maria della Passione in Milan.
In 2018, after having designed and set up the 51 Recording Studio, he founded the Fluente Records label.
By unifying musical, digital and scientific skills, he personally takes care of all stages of record production, from recording to post-production, with a creative approach that highlights both the purely technical and musical side.
He has recorded for Preludio Records and Dynamic. With Fluente Records he released his first solo album dedicated to the historical twentieth century.
His latest album, which received the nomination as one of the best records in the world of 2022 at the ICMA (International Classical Music Awards), is an absolute novelty: the complete recording of the work of Girolamo Frescobaldi performed for the first time on the piano. with seventeenth-century mesotonic tuning.