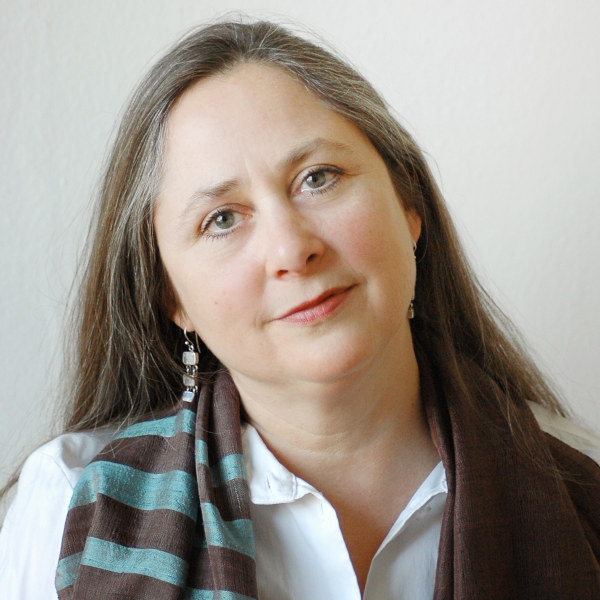 Maria Bonzanigo, co-founder of the Compagnia Finzi Pasca, has composed music and choreography for dance, theater, opera, for major events, for circus, for cinema, for soloists and chamber ensembles, for orchestra and for choir. She studied composition with Paul Glass and dance, dance pedagogy and choreography with Rosalia Chladek.
From the 80s until 2010 she was also active as a dancer and actress.
Some of the salient projects in which she participated as creator are Rain, comme une pluie dans tes yeux, production of Cirque Eloize, Corteo production of 2005 by Cirque du Soleil (over 8 million spectators), the Closing Ceremony of the Turin Olympic Games 2006, Montréal Avudo (a production for the 375th anniversary of the Canadian city in 2017 with its original music recorded by the Orchester Métropolitain of Montréal), la Fête des Vignerons 2019.
For the cinema, in addition to being present with her music in numerous documentaries, she writes the original music of Oro verde and L’afrique des Femmes by Mohammed Soudani and of the documentary on CERN, The sense of beauty by Valerio Jalongo. She has signed the choreographies of operas for Teatro San Carlo, Staatsoper Hamburg, Grand théatre de Genève.
Her music is partly published by Jecklin, Teatro Sunil, Cirque du Soleil, Cirque Eloize, Edizioni de Agostini, Compagnia Finzi Pasca, VDE GALLO, Editions Schola Cantorum.