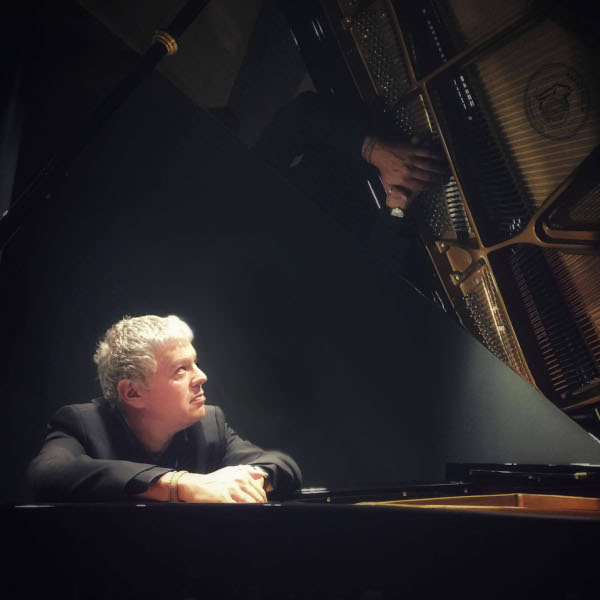 Strong of the best academic preparation (full marks, honors and honorable mention in Italy, Piano Academy of Imola and Diplome Superieur d’Execution in piano at the Ecole Normale “A. Cortot” in Paris) and awarded at the most important competitions pianists (Washington, Pretoria, Busoni, Viotti, etc.), Marco Tezza has played in some of the most prestigious concert halls in the world and collaborates with musicians such as Ashkenazy, Ughi, Brunello, Carmignola, Hogwood.
He holds masterclasses at the Université de S. Esprit in Beirut, at the Conservatory and NBU in Sofia, at the Victorian College of the Arts in Melbourne, at the University of Waikato (New Zealand), at the University of Florida and South Florida, Kansas State University, Pittsburg State University, University of Kentucky, Emporia State University, Southern Oregon University, University of Nebraska, Fort Hays State University, UNEAC of Havana, University of São Paulo and Gumi Academy (Korea), Jazeps Vitols Latvian Academy of Riga, Estonian Academy of Music and DIT Conservatory Dublin, Edinburgh Napier University and Escola Superior de Música de Lisboa.
He is principal and artistic director of the Stravinsky Chamber Orchestra and conducts concert seasons and music festivals in Europe and South America.
He has recorded for Velut Luna, AS, Balkanton, Klingsor and On Classical / AEVEA – Naxos of America.
He holds a professorship in piano at the Pedrollo Conservatory in Vicenza.