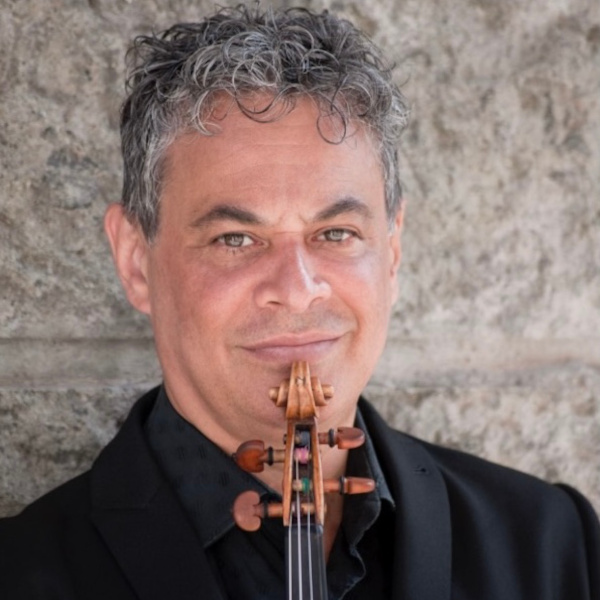 Marco Serino studied at the Hochschule für Musik in Vienna with Gunter Pichler, the ProQuartet in Paris, and the Superior Conservatory of Geneva, where he was awarded the Premier Prix de virtuosité.
He became interested in Baroque performance practice, perfecting himself with Sigiswald Kujiken.
He was the founder of the Bernini Quartet and was a member of the I Musici complex.
He collaborates as a soloist with performers such as Giuliano Carmignola, Mario Brunello, Giovanni Sollima, Francesco Cera, Gerard Caussè, Bruno Canino, Hector Passarella, Alessandro Carbonare.
He has performed in the most prestigious halls in the world, including the Berlin and Cologne Philharmonic, Herkulessaal in Munich, Musikverein in Vienna, Mozarteum Salzburg, Queen Elisabeth Hall in London, Tchaikowsky Hall in Moscow, Marinsky Theater in St. Petersburg, Suntory Hall in Tokyo, Arts Performance Center in Seoul, National Theater in Beijing, Shanghai Theater, Auditorium S. Cecilia in Rome, Quartet Society of Milan, Venice Biennale.
He has recorded works by Mozart, Vivaldi, Tartini, Schnuttke and Morricone for Decca, Arcana, Amadeus, Fonè and Tactus.
He is a tenured violin teacher at the Trento Conservatory and has held masterclasses in the United States, at the Accademia für Alte Musik in Brunico, the Arts Academy and the Roman Philharmonic Academy.
His reconstructions of JS Bach’s violin concertos were recorded for Deutsche Grammophon by Giuliano Carmignola with the Concerto Köln.