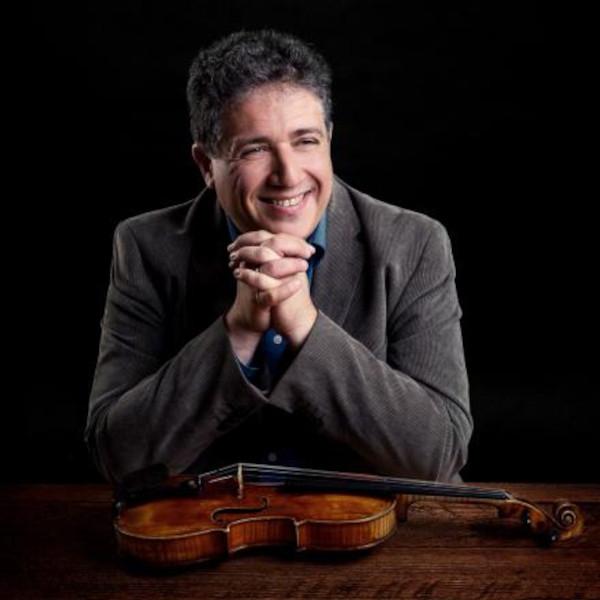 Marco Rizzi is in Italy considered one of the most popular musicians in the country, his artistic activity has led him to be a regular guest of rooms such as the Scala in Milan, the Salle Gaveau and the Salle Pleyel in Paris, the Lincoln Center in New York, the Great Hall of the Moscow Conservatory, the Musikhalle of Hamburg, the Tivoli of Copenhagen, the Concertgebouw of Amsterdam, the Konzerthaus of Berlin. He has played with conductors such as R. Chailly, H. Vonk, A. Ceccato, G. Noseda, V. Jurowski, P. Eötvös, S. Denéve, G. Neuhold and with renowned orchestras such as the Staatskapelle Dresden, the Indianapolis Symphony Orchestra, the Royal Liverpool Philharmonic, the Orchester de Concerts Lamoreux, the Hong Kong Philharmonic, the Rotterdam Philharmonisch, the Orquesta RTVE of Madrid, the BBC Scottish, the Nederlands Philharmonic, and many others.
In Germany he has taught since 1999 at the Hochschule für Musik in Detmold and was called in October 2008 at the Hochschule für Musik in Mannheim. Furthermore, since September 2007 he is full professor at the prestigious Escuela Superior de Musica Reina Sofia in Madrid. Marco Rizzi is a juror in important international competitions such as the J. Joachim Competition in Hanover, the Queen Elisabeth Competition in Brussels or the Paganini Competition in Genoa, and several of his students have been awarded in renowned international competitions.
Marco Rizzi currently plays a F. Gobetti violin built in Venice in the 18th century, made available by the Pro Canale Foundation.