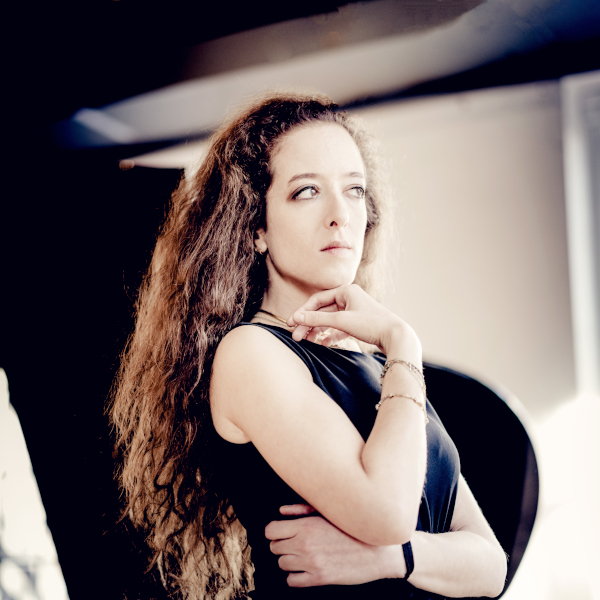 Lily Maisky started studying with Lyl Tiempo, Hagit Kerbel, Ilana Davids and Alan Weiss, Martha Argerich, Dmitri Bashkirov, Joseph Kalichstein, Pavel Gililov and Vitalij Margulis and many others.
She has been invited to festivals such as the Verbier Festival, the Martha Argerich Project of Lugano, the Edinburgh Festival, the Miyazaki Festival, the Maggio Musicale Fiorentino, the Beijing Piano Festival, the Franz Liszt Festival, the Julian Rachlin and Friends, and many others. .
She has performed concerts under the direction of Leonard Slatkin, Thomas Sanderling, Gerd Albrecht, Gabor Takacs-Nagy, Daniel Raiskin, Jack Martin Händler, Josep Caballé-Domenech, Enrique Diemecke and Charles Olivieri Munroe.
She has also performed in prestigious venues such as the Royal Festival Hall in London, the Musikverein and the Concerthaus in Vienna, the Prinzregentheatre in Munich, the Leiszhalle and the Elbphilarmonie in Hamburg, the Konzerthaus in Berlin, La Fenice in Venice, the Beethoven Hall in Bonn, the Suntory Hall in Tokyo, Carnegie Hall in New York and the Colon Theater in Argentina.
She has recorded for Deutsche Grammophon, EMI and Avanti Classics.
She forms a regular duo with Mischa Maisky, and the Maisky trio with his brother. She has performed with artists such as Julian Rachlin, Janine Jansen, Dora Schwarzberg, Renaud Capuçon, Maxim Rysanov, Gérard Caussé, Chantal Juillet, Sergey Krylov, Martha Argerich, Nicholas Angelich, Frank Braley.
Lily is a Steinway Artist and proud owner of the latest instrument of the legendary Arturo Benedetti Michelangeli.