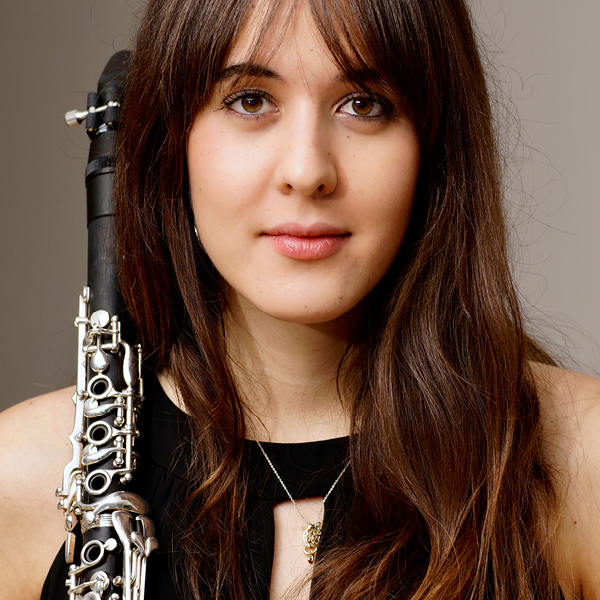 Liana Leßmann – born in 1994 in Bremen, Germany – began playing the clarinet at the age of eight. She soon joined the Junior Program at the Universität der Kunst Folkwang in Essen, where she studied with Andreas Merten. She later moved to Lübeck to study with Sabine Meyer. During this period she gained experience in orchestral practice playing in the Lübeck Philharmonic Orchestra. In 2018 Liana enrolled in the Karajan Academy of the Berliner Philharmoniker orchestra, where she had the opportunity to study with the orchestra members and play alongside them. Since then Liana has also been a regular guest of orchestras such as the Berlin Konzerthausorchester, the Kammerakademie Potsdam and the Deutsches Symphonie-Orchester in Berlin.
With her Wind Quintet, Pacific Quintet, he won 2nd prize at the prestigious Carl Nielsen Chamber Music Competition in Copenhagen. In 2019 Mülheim an der Ruhr, the city where she grew up, honored her with the Ruhrpreis für Kunst und Wissenschaft.
Liana Leßmann is currently attending a Masters in Music at the Universität der Kunst in Berlin with François Benda and a Masters in Chamber Music with her quintet under the guidance of Martin Spangenberg.