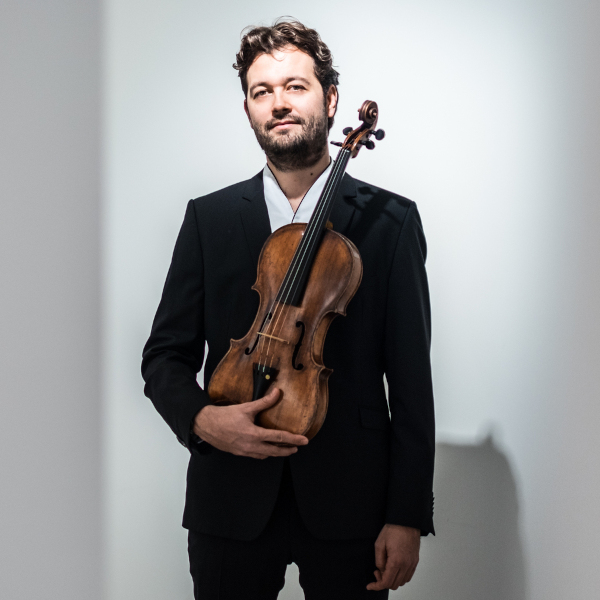 Lawrence Power is among the most successful violists of today, in demand all over the world as a soloist, soloist with the orchestra and as a chamber musician.
In recent decades he has performed regularly with the Chicago Symphony, Boston Symphony, Royal Concertgebouw, Bayerischer Rundfunk, Stockholm, Bergen and the Warsaw Philharmonic, Philharmonia, BBC Scottish Symphony and the Royal Liverpool Philharmonic.
As a fervent supporter of contemporary music, Lawrence has developed a large repertoire of new compositions. He premiered compositions dedicated to him by Salonen, Turnage, Prayer, Goehr, MacMillan and Watkins.
Among the musicians he has collaborated with include Simon Crawford-Phillips, Maxim Vengerov, Joshua Bell. Artist in residence with the Bergen Philharmonic Orchestra, he has also formed a close collaboration with the London Philharmonic Orchestra. His publication, Fin de Siècle includes world recordings of works by Büsser, Hüe and Honnoré, along with compositions by Chausson, Debussy, Enescu and Ravel. Power also collaborated with Ian Bostridge and Sir Antonio Pappano in the performance of Shakespeare’s Songs, winning the 2017 Grammy Award for Best Classical Solo Vocal Album. His upcoming releases include Berlioz’s Aroldo in Italia with the Bergen Philharmonic.
Power is the founder and artistic director of the West Wycombe Chamber Music Festival.