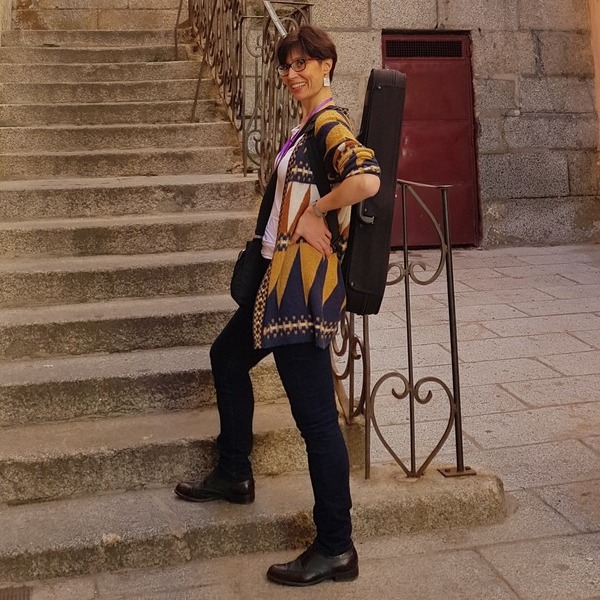 She began studying the violin with his father (the violist T. Riccardi) then continuing at the “G. Verdi ”in Milan where she graduated. In 2006 she graduated in viola at the “G. Nicolini ”of Piacenza.
Perfected in violin with M ° C. Romano and D. Bogdanovich and in viola with C. Pavolini and PH Xuereb. she also attended the Chamber Music specialization courses of the Chigiana Academy of Siena with M ° R. Brengola (obtaining the Diplomas of Merit and Honor); she obtained the Chamber Music Diploma at the Trio International High School of Trieste and finally the Chamber Music Diploma at the Accademia di Alto Perfection of Santa Cecilia in Rome. From 1993 to 2006 Laura Riccardi was part of the “G. Verdi ”as concertino of the first violins and shoulder violin (also as soloist).

Since 2006 she has been a member of the Mantua Chamber Orchestra and, since its formation, of the Stresa Musical Weeks Orchestra conducted by Gianandrea Noseda. She has also collaborated with the contemporary music ensemble Sentieri Selvaggi, with Ludovico Einaudi and with orchestras such as the Teatro Regio in Turin, the Rai National Orchestra, the Festival Strings in Lucerne, the San Carlo theater in Naples, the Human Rights Orchestra. and the Carlo Felice Theater in Genoa.

Alongside the concert activity, she also teaches. She is a Suzuki violin and viola teacher and this year she was called to teach Chamber Music at the “A. Corelli ”of Messina.