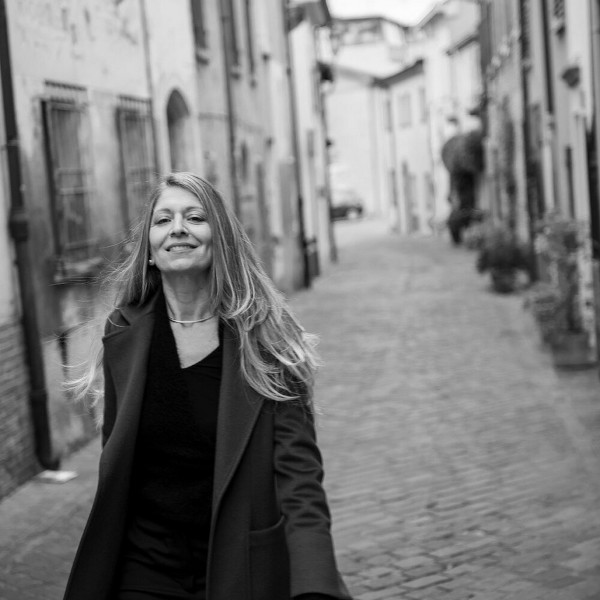 Considered by critics the reference voice for the twentieth century and contemporary repertoire, in the double role of singer and actress, Laura Catrani began her musical studies at a young age.

She has been the interpreter of numerous performances by modern and contemporary composers and of works in world premieres including “The dissolute absolved” by Azio Corghi, “Legend” and “The yellow sound” by Alessandro Solbiati, “The metamorphosis” by Silvia Colasanti, and Matteo Franceschini’s “Il Gridario” and “Forést”. Alongside the twentieth century repertoire also the traditional operatic one, distinguishing herself in particular in the Mozart and eighteenth-century roles.
She also trained as an actress at the Paolo Grassi Acting School in Milan and specialized alongside the dancers Avi Kaiser, Sergio Antonino and Valentina Moar, with whom she made several dance, theater and singing shows.

She has become a trainer of the GYROKINESIS® method, of which she regularly gives lessons to musicians and opera singers with the aim of increasing their body awareness and acting predisposition.
Invited to Conservatories and Music Institutions, she frequently holds masterclasses on contemporary vocality, with particular reference to composition for solo voice.
Since 2017 she has been the owner of the annual Workshop “Il Teatro della Voce” at the Giuseppe Verdi Conservatory in Milan.

She has recorded for the Naxos, Stradivarius and Ulysses Arts labels.