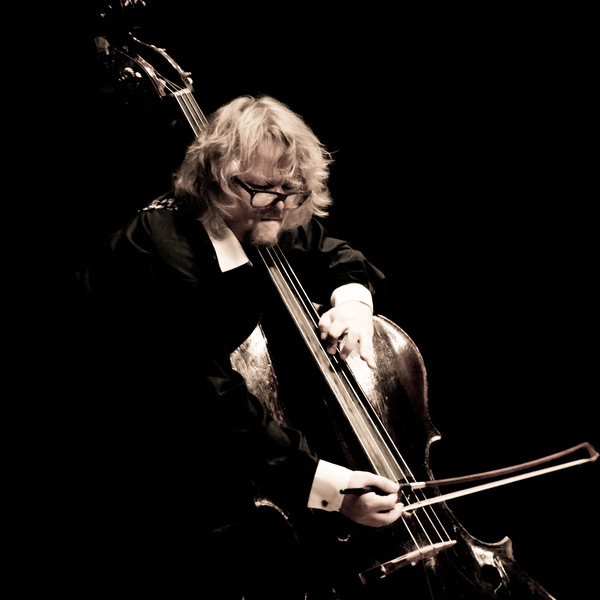 Janne Saksala began studying double bass with Jiri Parviainen at the age of 14 in her hometown of Helsinki. He previously received piano and violin lessons. He first appeared in public with the electric bass in various musical bands at a young age, only to discover the double bass in the chamber orchestra of his music school.
Janne Saksala moved to Berlin to study double bass with Klaus Stoll at the Hochschule der Künste. Duncan McTier, František Pošta and Ilan Gronich were his teachers during the training.
In 1991 he was awarded at the ARD international music competition in Munich. Two years later, Janne Saksala became a member of the Berliner Philharmoniker and in 2008 the first double bass soloist.
His career also includes chamber music with collaborations with, among others, Olli Mustonen, Isabell Faust, Guy Braunstein, Igor Levit, Leif Ove Andsnes and Jan Vogler. He regularly plays with the Stradivari soloists of the Berliner Philharmoniker, the Berlin Philharmonic Jazz Group and the Oriol Ensemble. As a soloist he performs with orchestras from all over the world.
He also dedicates himself to teaching to the new generations, most recently as a professor at the Hanns Eisler Academy of Music and regularly at the Carl Flesch Academy (Baden-Baden), he is often a guest at musical institutes in America, Europe and Asia.