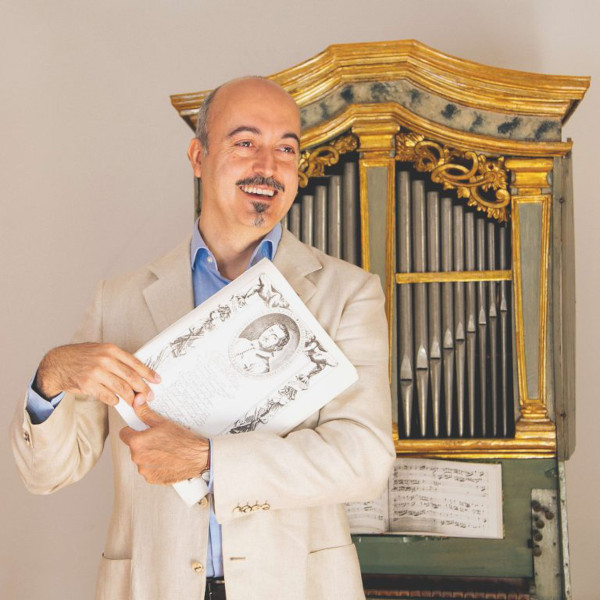 After studying organ and harpsichord with Luigi Ferdinando Tagliavini and Gustav Leonhardt, Francesco Cera extends his interest to vocal and instrumental music of the Baroque period.
From 1991 to 1994 he was part of the Giardino Armonico ensemble and since 1997 he has directed the Ensemble Arte Musica.
He has recorded the complete works of Michelangelo Rossi, Tarquinio Merula, Bernardo Storace, Antonio Valente, and Sonatas by Domenico Scarlatti. Among his recordings, the integral for harpsichord by Jean-Henri D’Anglebert, works by Giovanni Maria Trabaci and Francisco Correa de Arauxo, Bach’s Orgelbüchlein, Stradella’s Symphonies for stringed and continuo instruments.
He holds concerts as a soloist in international reviews such as Music and Poetry in San Maurizio in Milan, Villa Medici in Rome, Bologna Festival, Festival delle Fiandre in Bruges and Ghent, Oude Muziek Festival in Utrecht, Fundación Juan March in Madrid, ancient music reviews for Amsterdam, Hamburg, Brussels, Linz, London, Paris, Geneva, Lausanne, and on historical organs in various countries of Europe.
Since 1995 he has collaborated in the Baroque music productions of the RSI, together with Diego Fasolis and I Barocchisti, with whom he recorded as soloist harpsichord concerts by JSBach (Arts).
He has held courses and seminars at the Royal Academy of Music in London, the Acadèmie d’orgue de Friborg, the Frescobaldi Akademiet in Grimstad, Oberlin Conservatory, Eastman School of Music in Rochester, Yale University.