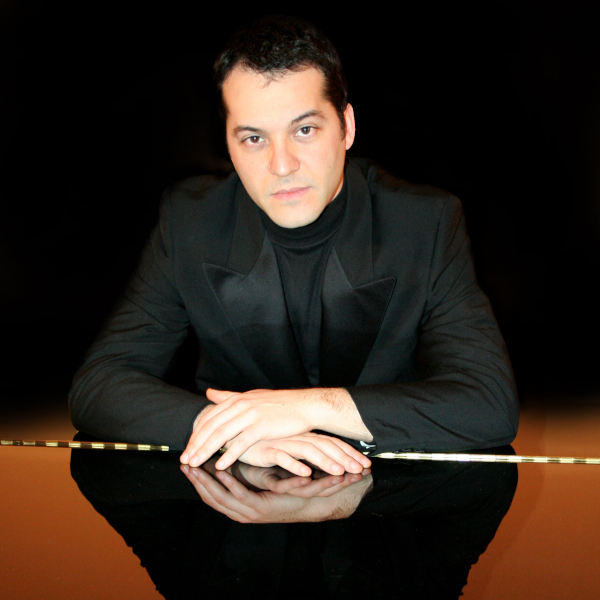 Denis Zardi , pianist and composer, divides his artistic activity between soloism and chamber music, playing for the most important concert companies in Italy, Europe, the United States and South America. He has collaborated with prestigious orchestras such as the Camerata Musicale of Pisa, the “Francesco Durante” of Naples and the Chamber Orchestra of Padua and Veneto.
A pupil of Maestro Mauro Minguzzi, he studied with Alfredo Speranza, Piernarciso Masi and at the Piano Academy of Imola with Franco Scala.
He studied composition with Cesare Augusto Grandi and Adriano Guarnieri.
Important artistic partnerships with the violinist Roberto Noferini, the cellist Andrea Noferini and the flutist Filippo Mazzoli with whom he plans to record several discs.
With the Ensemble Istantanea di Bologna he dedicated himself to the contemporary repertoire, tackling both new unpublished scores and historical pieces from the 1900s. Recent is the artistic residence with Maestro Salvatore Sciarrino at the Seismic Area of Forlì.
He is currently piano teacher at the “Tomadini” Conservatory of Undine, at the “G. Sarti ”in Faenza and at the“ A. Masini ”of Forlì.
He regularly holds master classes during the “Marco Allegri” summer specialization course in Faenza and Prizren (Kosovo) for the project “A bridge between peoples”.