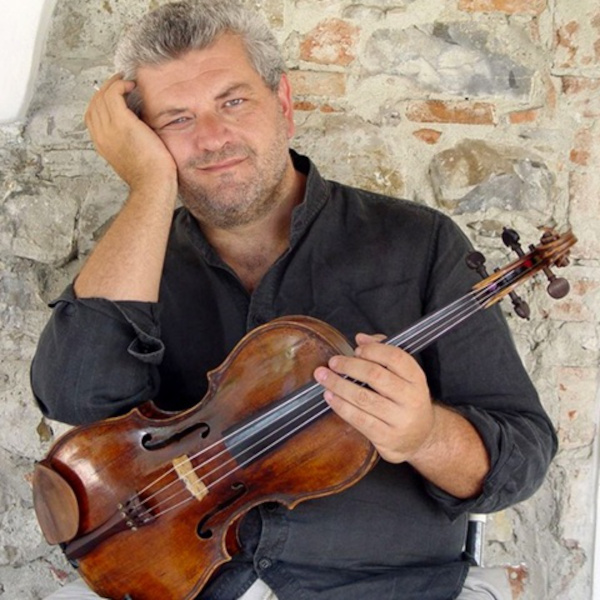 A pupil of some of the most important viola and chamber music masters, Danilo Rossi graduated at 19 with full marks and honors, but already from the age of 16 he shines, winning his first International Competition . As soon as he graduated, he passed the competition for First Viola Soloist of the Orchestra of the Teatro alla Scala in Milan, a role he held until January 2022. In the history of the Milanese theater he was the youngest instrumentalist to have held this role. From that moment on, Danilo Rossi’s career will be studded with a series of meetings, concerts, festivals, recitals that will take him around the world, performing in the most important theaters and concert halls.

Numerous collaborations with great jazz and pop artists have made Danilo Rossi a unique example of how it is possible to experience music in its entirety, without any barrier.

Always open to the most diverse experiences, he has to his credit numerous encounters with actors, writers, poets that have led him to perform in the most diverse environments: from prisons to the forests of Trentino, from the swamps of Sri Lanka to the Off Theaters of the suburbs.

Thanks to the great Masters with whom he studied and the important artistic encounters in his over thirty years of career, Danilo Rossi was able to acquire musical and human certainties, such as to make the many students who have had the perseverance to follow him achieve extraordinary results.