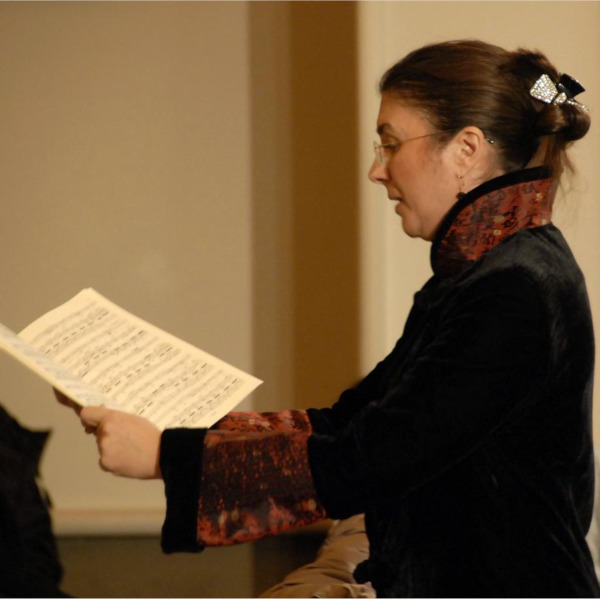 Pianist, harpsichordist and singer, Antonella Antonioli carries out an intense concert activity in Italy and abroad, characterized above all by chamber music in various ensembles.
She has participated in international Festivals, including the “Cervantes en todas partes” Festival and the “Cervantino Festival” in Mexico City, Chamber music Festival “Trame Sonore” in Mantua.
She has played with the Orchestra da camera di Mantova making some tours in the USA and Mexico also collaborating with the ensemble “I solisti dell’OCM”.
She worked with Maestro Claudio Gallico participating in the Monteverdian Celebrations at the Palazzo Ducale in Mantua.
She offers a repertoire that ranges from early Renaissance music to the seventeenth-century Madrigal, from the late Baroque to Classicism and chamber music of the twentieth century.
She often appears singing accompanying the harpsichord, a dual evocative role of an ancient practice that is not very common today.
She reconciles the concert activity with the didactic one: she teaches Piano and Vocal Chamber Music at the Liceo Musicale “Isabella d’Este” in Mantua.
She is artistic director of the cultural association “Livia d’Arco” APS of Mantua. She collaborates in the rehearsals and concerts of the Chorus of the same name and organizes countless cultural and popular initiatives, including multidisciplinary workshops, exhibitions and concert reviews, promoting collaboration between cultural associations.