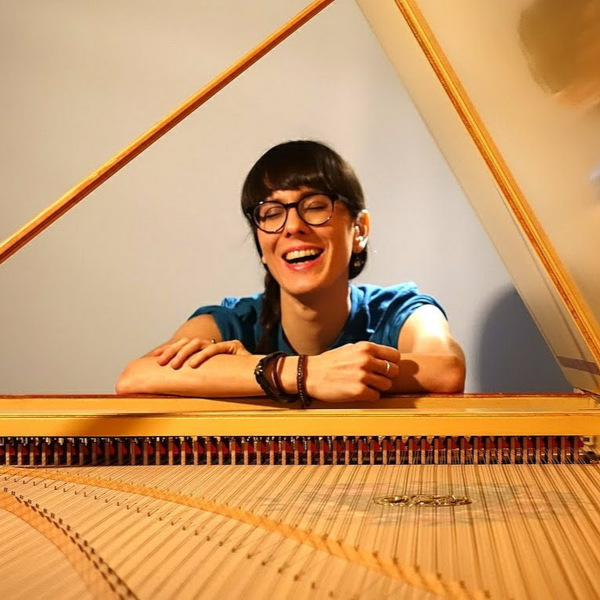 After completing her piano studies with Riccardo Zadra, Angelica Selmo devoted herself to studying the harpsichord under the guidance of Patrizia Marisaldi. She specialized with L. Guglielmi and N. Reniero.
As a soloist she won, in 2012, the prestigious Prize of the Arts, organized by the MIUR. She obtained the 1st prize at the Acqui and Terzo Musica competitions, Fatima Terzo and the 2nd prize at the Newtracks @ FBAS Competition.
She has held solo recitals for important seasons of ancient music including Antonio il Verso, Pavia Baroque, Brescia Baroque Weeks, Cusiano Ancient Music Festival, Le Vie del Barocco. In 2015 she performed at Expo Milano playing a FRATELLILEITA harpsichord, the first Pefc certified eco-sustainable musical instrument.
She combines his solo activity with that in ensemble, playing in theaters such as the Bibiena Theater in Mantua, the Olympic Theater in Vicenza, Herkulessaal in Munich. In 2018 she won the audition as harpsichordist of the Haydn Orchestra of Bolzano and Trento, with which he holds concerts in Italy and abroad, with conductors such as H. Albrecht, M. Mariotti, R. Capuçon.
With the Collegium Pro Musica she has held concerts for prestigious national and international festivals including Monteverdi Festival, L’orecchio di Giano, HaltburnerSchlosskonzerte.
She collaborates with the mandolinist and composer L. Forslund, with whom he has held dozens of concerts in Sweden on the occasion of the Vivaldi Festival.
She has recorded for Stradivarius and Brilliant Classics.