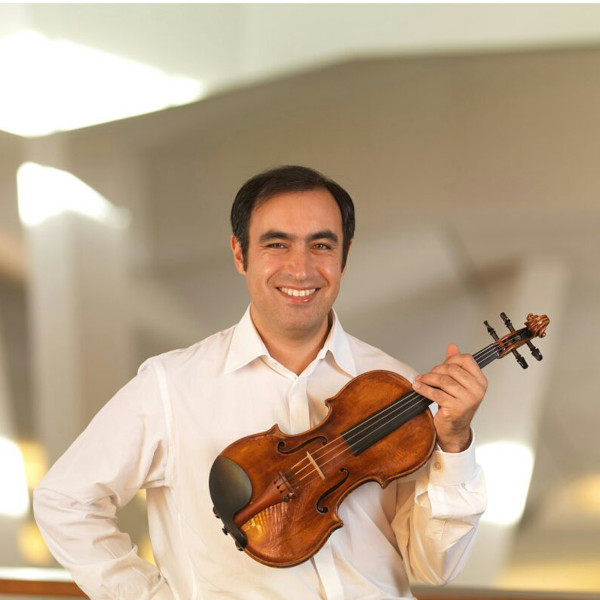 He comes from a family of Chilean musicians: his parents are the pianists Sergio Parra and María Eugenia Soto.
He started studying violin at the age of 7. His instrumental training in Chile was led by masters Manuel Bravo, Sonia Parra, Patricio Damke and later continued his studies in Germany, at the “Hanns Eisler” in Berlin with masters Stephan Picard and Michael Mücke. Important musical influence was also the violinist Christoph Poppen.
From 2002 to 2004 he was added to the Karajan Academy and then returned to Chile having received the post of academician at the “Instituto de Música de la Pontificia Universidad Católica de Chile” as teacher of violin, chamber music and concertmaster of the Chamber Orchestra of ‘institute.
He took part in the Berlin Konzerthaus Orchestra for 5 years and in 2013 he won the first violin competition in the Berlin Philharmonic Orchestra, where he is still busy.
Chamber music has a special place in your professional life. He has played with prestigious musicians such as pianist Lars Vogt and violinist Julia Fischer. He has participated in festivals and performed concerts in Portugal, Spain, Norway, Finland, Italy, France, Colombia, Japan and China.
Álvaro Parra has performed in Chile as a soloist numerous times, together with the “Orquesta Sinfónica de Chile”, the “Orquesta Sinfónica de Concepción” and the “Orquesta de Cámara de Chile”.