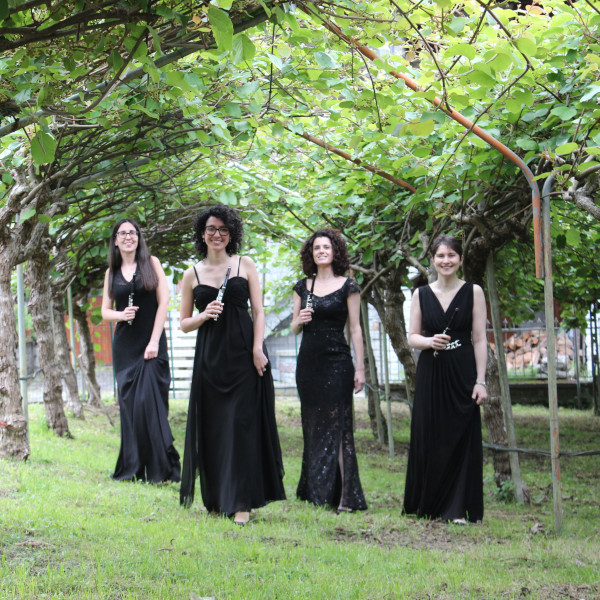 Alt(r)e Frequenze is a quartet of piccolos formed in 2015 as part of the solo-orchestral piccolo master, held at the “G. Verdi” Conservatory of Milan by N. Mazzanti.

Alt(r)e Frequenze aims on the one hand to re-interpret quartets for flutes (transcriptions or originals) giving them a new and more particular meaning; on the other hand, the intention is to invent and create an ad hoc repertoire which has not been explored until now. Hence the close collaboration of Alt(r)e Frequenze with composers active on the national and international contemporary scene, among which we can mention Umberto Bombardelli, Fabrizio De Rossi Re, Giorgio Colombo Taccani, Umberto Pedraglio, Gianfranco Messina.

In August 2015 Altr(e) Frequenze obtained the Special Jury Prize at the “Severino Gazzelloni” International Competition (Roccasecca, FR), while in 2018 it was awarded the same recognition at the “F. Cilea ”of Palmi (RC).