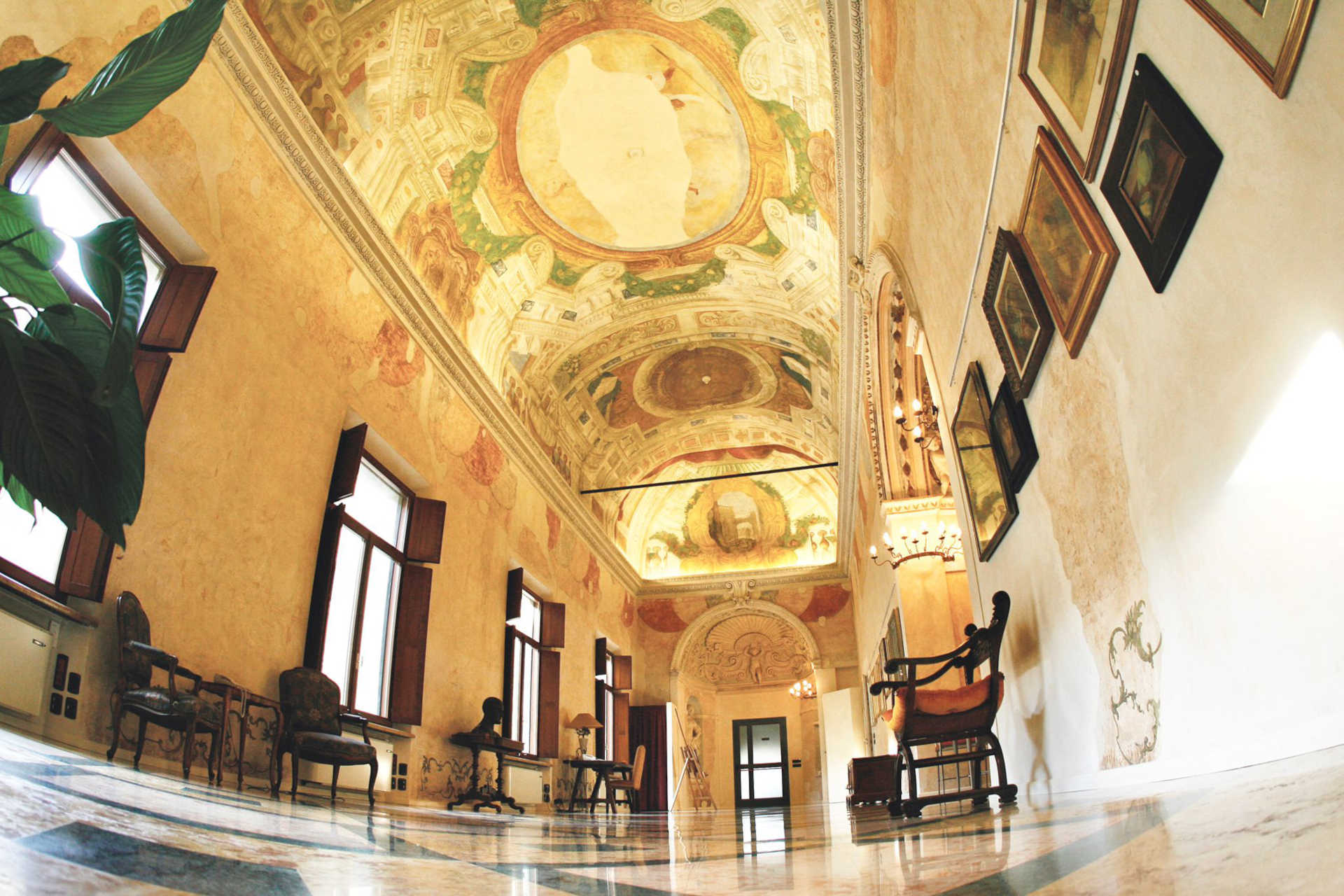 Palazzo Valenti Gonzaga is a historic building in Mantua, inhabited since the 16th century by the noble family of the Marquises Valenti Gonzaga, who made it their home. It was renovated in the Baroque style in 1670 by the Flemish architect Frans Geffels.

The facade is the work of the architect Nicolò Sebregondi (1585-1652), who also built Villa La Favorita at the gates of the city. In the palace was the birthplace of Silvio Valenti Gonzaga, future cardinal in 1738 and collector of works of art, great-uncle of Luigi Valenti Gonzaga, also a cardinal.

The “Galleria Museo Valenti Gonzaga” is located on the finely frescoed noble floor, where permanent and temporary art exhibitions are exhibited, which include frescoes by the Flemish painter Frans Geffels, and eighteen statues attributed to the Como-born sculptor Giovanni Battista Barberini (1625- 1691) and a collection of ancient and rare books.