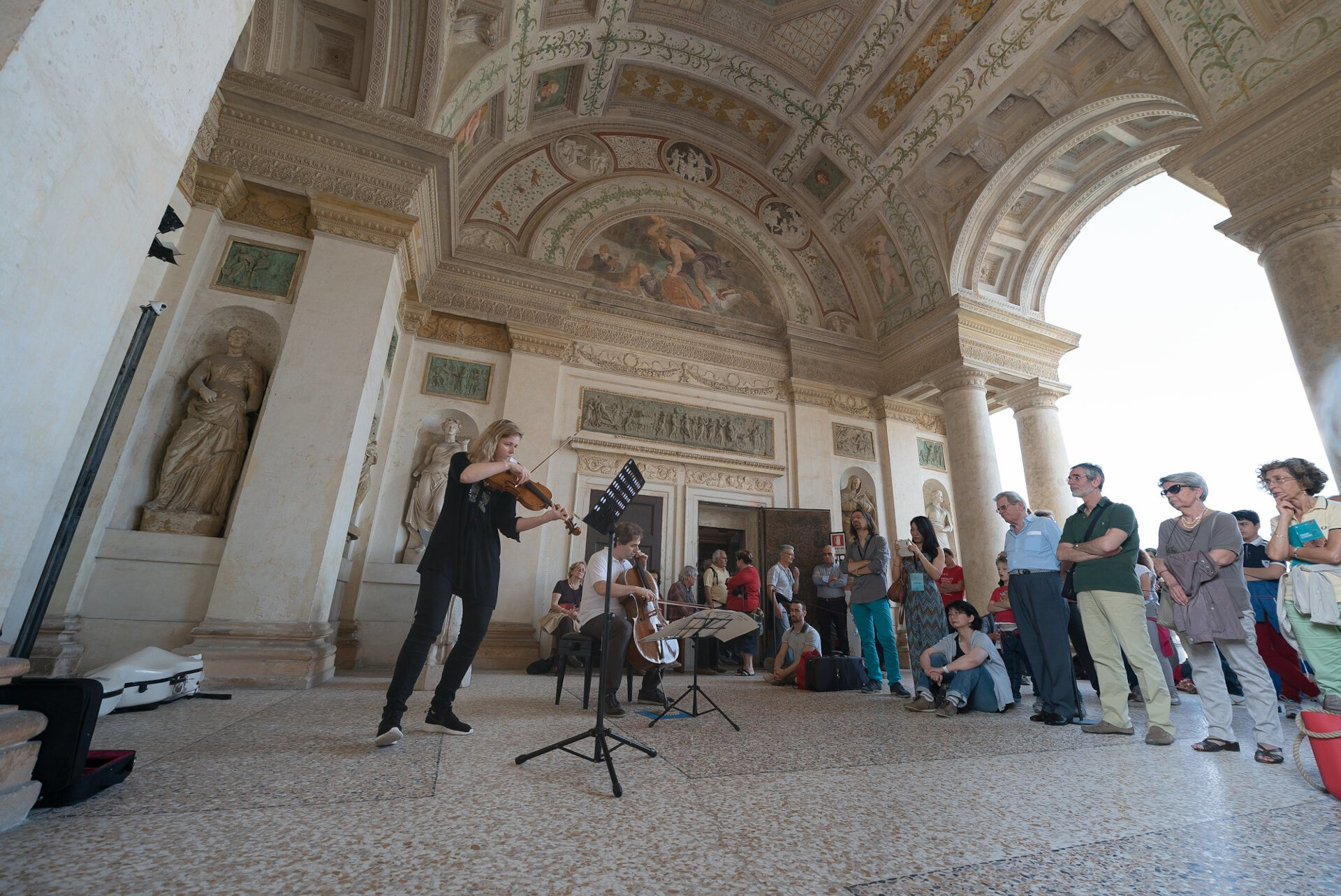 The loggia derives its name from the decorations referring to the Stories of David represented on the lunettes and on the barrel vault. The environment opens towards the Cortile d’Onore with a central arch and towards the fish ponds and the garden, once rich in decorations and plants, with three arches supported by groups of columns. The frescoes and stuccos above the cornice are made between 1532 and 1534, but the loggia is probably already set up in 1530 to receive the visit of Charles V.

The scenes concerning Davide allude both to the warrior ideals of Federico II Gonzaga, and to the events involving his favorite Isabella Boschetti: creating a relationship of analogy with the figures of David and Bathsheba.
The lunettes dedicated to the biblical hero illustrate: David and Goliath; David struggles with a lion; fight against a bear; David plays the harp. The Stories of David return in the octagons of the vault.